The weekend after the first week of school I had to move.  I didn’t schedule it, a change in corporate housing mandated the move.  While I was trying to cement my classroom management and learn 200 students names, I was also making lists of what to pack each night.  The move was quite daunting as we could not get the key to the apartment before we moved, and we had never seen it in person.

The apartment turned out to very nice.  Farther out than I would like, compared to my last easy to get around neighborhood, but has the benefits of the boondocks. The air is cleaner, we will not have issues with coal smoke here during the winter, there are no traffic problems, and we have a great view of undeveloped Anatolian hills.

However, while the apartment is beautiful, it is a new building and there are some issues.  Last night, after the 7th visit from a plumber in two weeks, the toilet FIANALLY stopped leaking onto the floor  YAY!  They also turned the heat on last night, which is great because it was REALLY cold.  But now we have to turn it off because it is leaking.

However, to put it in perspective, my friend just found out that internet is UN-INSTALLABLE in her apartment.  The pipes that lead into her apartment to allow the fiber optic to be snaked in was crushed and so there is no way to bring in the cable.

Packing was horrendous.  I just hated it.  It feels like I just did it.  I did help my mother move our home last year.   It was a lot of work.  Even though out house is smaller, it still was a lot of work.  Unpacking is a little better.  Though at one point I got so visibly overwhelmed by the amount of work ahead, Bulent broke down all the boxes we had unpacked and removed them from the apartment. It helped significantly.  Actually he turned Defcon 1 to something more like mild craziness.   A miracle worker.

As of now, we are mostly all set.  There are some paintings I have been unable to hang because the walls are made of concrete.  But that is just a challenge.  It is coming!

UPDATE: I just served coffee to a few men in my house.  They have been working for over an hour on the heating.  Things are looking up.

UPDATE 2: The man, who says that my eyes are like those of the people he met in Kosovo when he was a soldier in NATO, fixed my heaters and bleed out the air from the system.

One of the benefits about working at my school is lojman or corporate housing.  This concept is not uncommon in Turkey, actually we live pretty close to the Belediyesi or public works corporate housing.  What I really love about living in the lojman is the company and community.  Getting together with friends can be so difficult.  Going out after work can be exhausting, you are tired and often times have to get up early the next day for work.  If your friends have kids it can be complicated, they need a sitter, or plans change and their husband has to work late and can’t take them for the night, etc.

In the lojman it is easy to have an hour of two of company.  My friend often watches her kids play at the apartment complex’s park.  Getting together for a chat is as easy as peeking out the balcony to see if she is there, and then going downstairs.  If you need help, a potato or a cup of sugar, there are at least 30 apartments in the building you could probably pop in to ask.

We all help each other out.  When a co-worker had to go on bed rest during her pregnancy, we organized a schedule to drop off food.  I have stayed at the complex’s park with toddlers while their mothers’ ran up to their house to use the bathroom. The other day I called in sick to work, and several co-workers called to see if I needed anything.  In the past when Bülent was away and I was really ill, my co-worker sent her teenage son to walk my dog.

It is such a luxury to be able to pop upstairs for for a coffee for a hour and talk with a friend.  We are able to get together so much more often because we do not need to  arrange our schedule and a time and place to meet.  Just send a text, are you there?  It also works really well before formal events.  I had a wedding last week and needed accessory advice.  My friend popped down and consulted on belt, purse and jewelry.  What was funny was after all that I forgot to put my second earring in, and rocked an asymmetrical look all night.

It is also great for people with children, there are always lots of kids playing in the apartment complex playground.  The older boys organize football tournaments, and some neighbors live close enough to tuck their babies in, go to dinner at a friends and still be able to listen to their child via baby monitor.

Now that I have experienced the lojman -if I ever move out of it, or back to the US- I would search out an intentional community or a communal neighborhood.  There are some amazing benefits to living in an area close to others and cooperating with them! 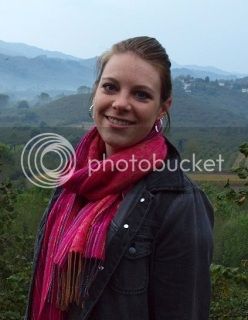 Far From The Sticks is protected by Creative Commons Attribution-Noncommercial-No Derivative Works 3.0 United States License.
<span>%d</span> bloggers like this: