Every year, on Marathon Monday we would tune in to the Marathon.  It was always an event we watched.  We did not watch football, baseball or basketball regularly, but we always watched the marathon.  There is something about the grueling event, 26.2 miles through the heart of several towns in the Boston metropolitan area, that creates devotion.   In this day and age we have become disconnected from each other.  Our capitalist individualism creates a feeling of isolation, a separateness of other and a disconnection of community.  Marathon Monday is a day when this separate space between people dissolves, when a passionate community is created.  That stranger whose shoulder is pressing  against yours, as you both strain over the barrier to cheer on the runners, becomes your friend, and you create a moment with this person that will never fade.  That is what the Boston Marathon is to a non-runner.  Imagine what the runners feel like. 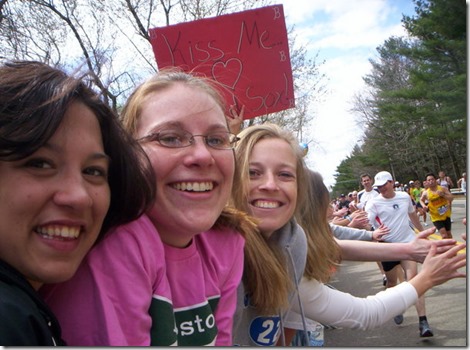 I had the privilege of going to Wellesley College, which is at the halfway point on the marathon route.  Every year Wellesley cancels classes, sets up a fair atmosphere, including a concert, beer and food tents and the students line the road and cheer on the runners.  This creates the “Scream Tunnel” where students scream encouragement and also kiss runners.  For four years, I stood on the sidelines and cheered on the runners, and even kissed a few. I cheered on friends, strangers and even got to see Team Hoyt run.

The Boston Marathon means so much to so many people, from all over the world, and especially the New England community.  When I saw the news of the bombing on Monday (late at night for me) I could not have articulated my feelings.   I woke up all night checking for news of the victims and survivors.  I was mourning for both the victims and surviving of the tragedy, as well as the community.  I am also grieving for the Marathon itself, for what was, and how it will never be the same.

After the bombs detonated, and the races was stopped, people all along the route were helping stranded marathon runners with nourishment and transportation, websites were created to organize housing for runners and their families stranded in the Boston area.   My heart goes out to those affected, and also to the community that responded.

I just love visiting home!  Though when you have only a few short visits a year it tends to be less a vacation and more like a marathon.   I flew into to Boston, and then drove directly to my grandmothers house.  We had a nice visit before I crashed from from only having 2 hours of sleep in the previous 24.  The next morning I woke up bright and early (because my internal time clock is 7 hours faster then EST.)  My parents and I hopped in the car and drove down to NYC to visit my aunt and cousin.  It was whirlwind and a blast.  I also scored an awesome wedding gown in NYC for the coming nuptials.  Then off to New Hampshire.

So breakdown of travels…

I am still exhausted.  But having tons of fun.  This afternoon I will be driving to Boston to have a visit with my brother, who is awesome and super cool.  Saturday there is a big party at my grandmothers house because my mother is a genius and thought it would be easier to have a party for everyone who wants to to visit with me than for me to make individual visits to each and every person.  Then I will be back in NH trying to schedule visits with friends.  Also buying bulk of things like vanilla extract and Burt’s Bees lip balm to bring with me back to Turkey. 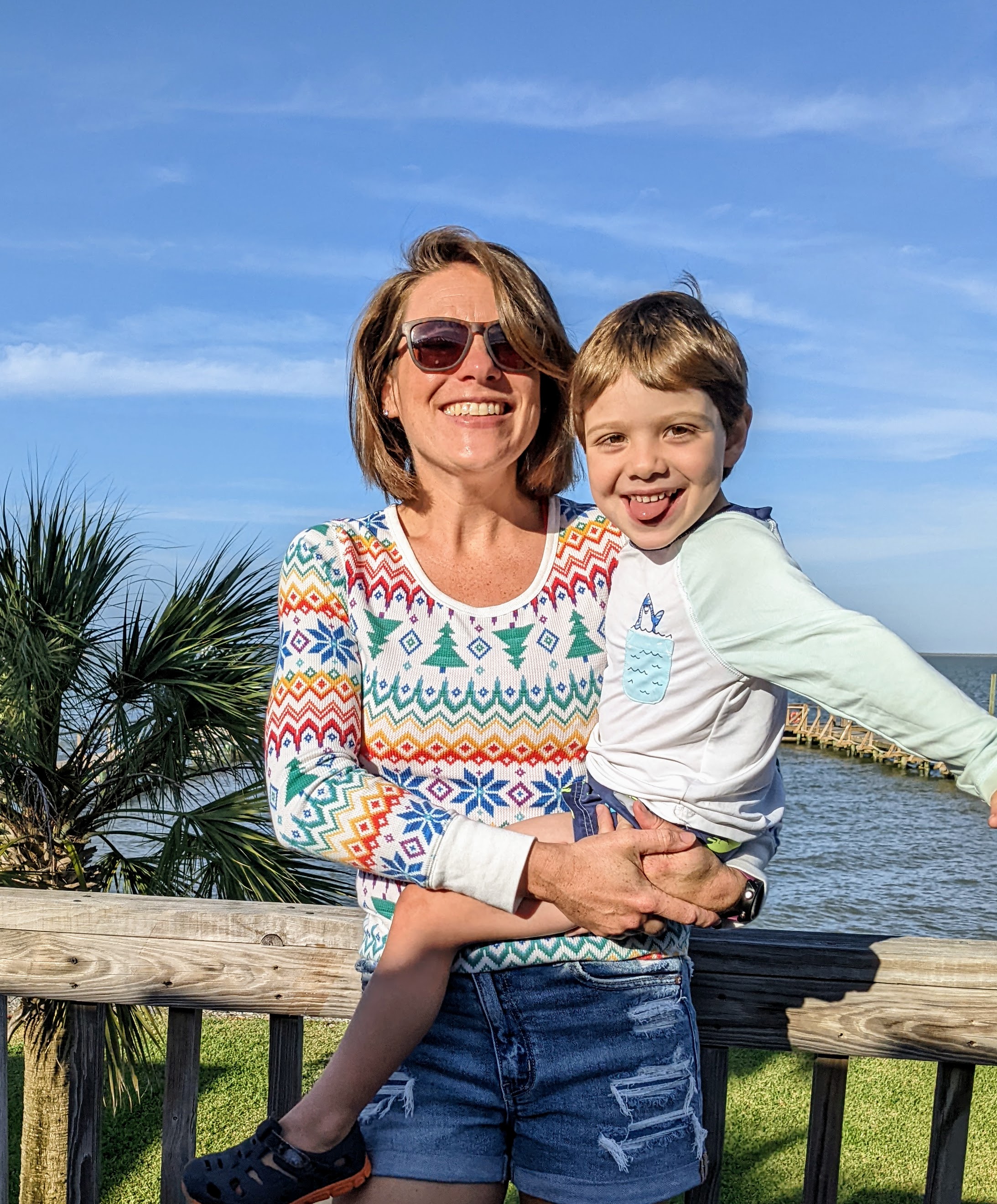