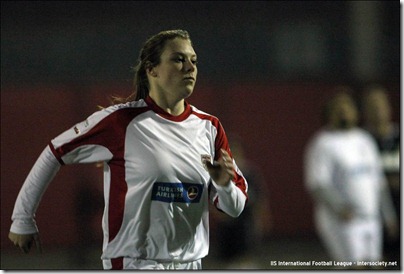 My husband and I joined a football league.  Actually, he was invited and I tagged along.  While it is not usual for women to play football (soccer) in Turkey, the organizers welcomed me on to the team.  There  were only two women in the league, both on the American team.  The teams were mostly made up of embassy staff members, so we played many different countries, all with their own styles. 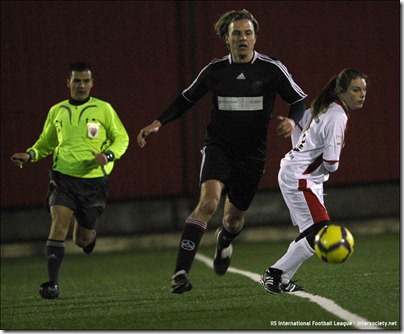 This was a player from the German team I had to guard against an entire game.  Yes, the photo is true to scale, that guy is HUGE.  I have to admit it was not my best game.  Mostly because I was afraid we would jab me with his elbow and break my nose. 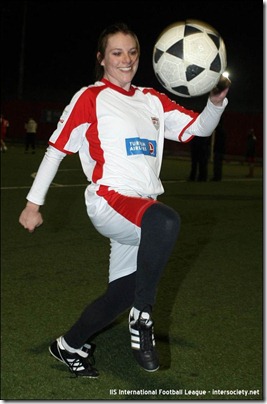 I play defense and am usually a pretty strong player.  I played especially well in the games against Qatar and Japan, since the men were just about my size.  I don’t mind taking a fall, or pushes and shoves.  An elbow in the ribs is no problem at all.  I have had several of those this season.  I just don’t want any facial injures—vanity! 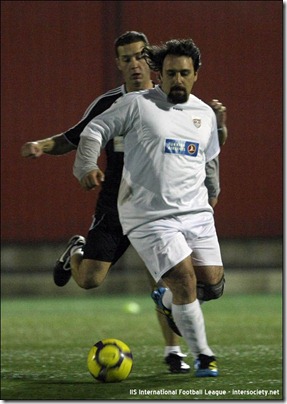 It was also very fun to play with my husband. Our teammates did tease him a little because I would call him “Honey” on the field, but he didn’t seem to mind.    He has beautiful ball handling skills and can out maneuver most players.  He is very sexy on the field!  Lots of people asked him if he minded if I played, since it is a contact sport, but he was really proud I could get out there and hold my own.  He also gave me some tips on how to elbow and shove.

Leave a Reply to Kati and Gordon Cancel reply