Texas.  Even the meat is bigger. BBQ…what were YOU thinking? 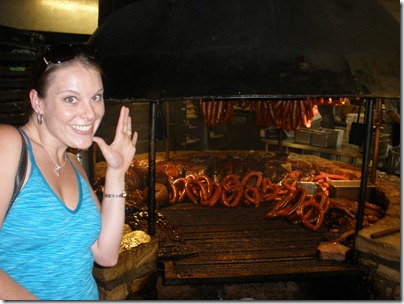 Last week we had the good fortune to visit some good friends of ours.  Bülent flew from Turkey to Dallas and I met him there.

When Bülent  first moved to the U.S., Shawn was his landlord.  He became much more than that though, he and and wife, became very good friends with Bülent.   He even was the one to give Bülent his precious Butterfinger.   So last week we flew to Texas, from our own respective airports.  Our hosts gave us an amazing tour of Texas.  One of the first experiences we were introduced to was “Texas Barbeque.”  From Dallas we drove to Austin, where outside of the city we went to Salt Lick BBQ.   It was BYOB, and we could smell the meat from miles away. 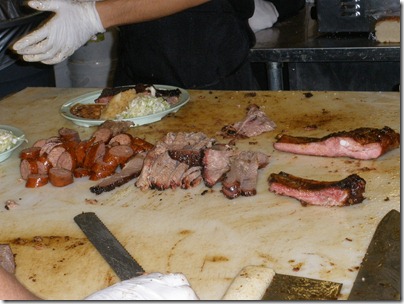 I couldn’t decide between brisket and pork ribs, so I had both!  They were served with a side of beans, potato salad and coleslaw.  Everything was fabulous, but I was surprised by the coleslaw.  It was surprisingly light, more of a vinaigrette than a mayonnaise laden dressing.  Wicked tasty! 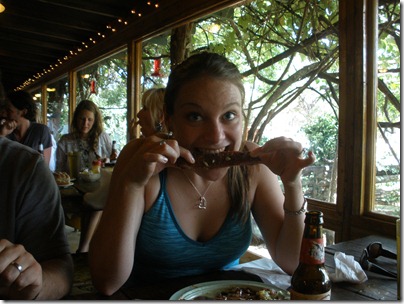 More on Texas and the food soon!

3 thoughts on “Where Everything is Bigger”